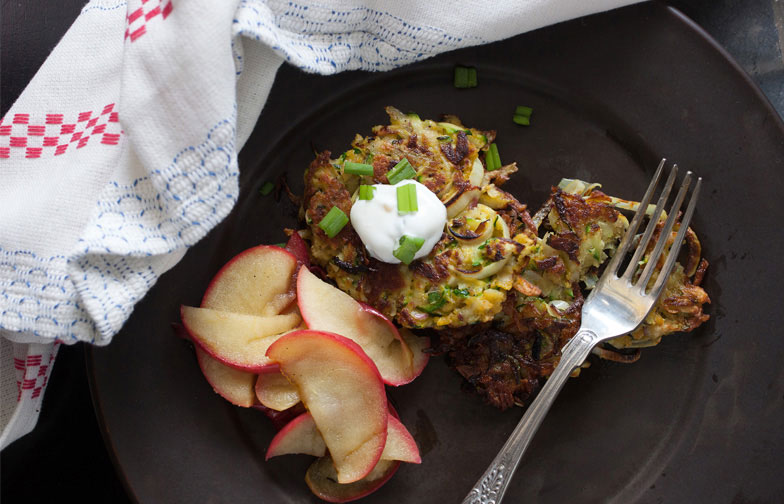 What is it we’re always searching for when we’re tired of figuring out dinner? Something simple, cheap, fast, and not too decadent or too healthy. Latkes cover all the bases. Grate up a few batches of potatoes and zucchini to throw in the freezer for when you’re really in a rush.

The thing to love most about this recipe is the ratio of ingredients can easily be adjusted to accommodate on-hand ingredients. Don’t have flour? Skip it. Have extra zucchini? Throw it all in. No leeks? That’s alright, substitute with shallots or green onion. Grate an entire apple and throw it in–it’s all good. Keep an eye on the wet-to-dry ratio when adjusting, the mixture should easily bind together without dripping or falling apart.

For the Latkes (makes 8 patties)