The oil makers of Agraria Riva del Garda practice a craft with deep history in the region, yet they do so with a clear vision of the future.

The oil makers of Agraria Riva del Garda practice a craft with deep history in the region, yet they do so with a clear vision of the future. Just as the warm breezes off Lake Garda temper the Alpine winds from the surrounding Dolomite mountains, the producers here balance tradition with the requirements of the modern age. Inspired by their unique local cultivar, the Casaliva olive, the region’s farmers reinvigorated their cooperative over the last 20 years to better preserve their agricultural heritage and the distinct quality of their olive oils. Today they continue to push their initiative forward with a focus on research and new technology to help improve both their businesses and their community.

The Alto Garda region has a long agricultural history, dating back to the Celts and Romans who planted the first vineyards and olive groves over 2000 years ago. Though the modern cooperative is fairly recent, its origins trace to the years following World War I, shortly after Italy gained its independence from Austro-Hungarian rule. To promote and support agriculture in the Alto Garda District, the local farmers formed the Agraria Riva del Garda Farmer Cooperative in 1926. The winery and cellar opened in 1957 and the olive mill followed shortly thereafter in 1965, as quality production became their focus. The farmers renewed the cooperative in the year 2000 to help transform their businesses in a way that allowed renewal of the land and restoration of their facilities. Today Agraria Riva del Garda now counts approximately 1200 local growers from the region. Yet the region itself and its particular microclimate further distinguishes this cooperative. Unlike most olive oil producers in countries bordering the Mediterranean, Alta Garda lies in a landlocked territory of Northern Italy. Yet the area has a particularly mild climate for its latitude, especially considering most of the arable land sits nestled below the ridges of the southern Alps. Every day mountain air rolls down into the valley that holds Lake Garda, but the lake water cools slowly, allowing patterns to form that pull warmer air up from the plains and into the valley. As a result, the groves of Alto Garda remain the northernmost location in the world where olive trees have been growing for centuries. This unique climate allowed the creation of the Casaliva, a unique olive fruit indigenous to the area. While the region has gained popularity for its outdoor sports, like climbing, sailing, and mountain biking, and is also known for its apple, plum, and grape cultivation, the Casaliva cultivar is perhaps its most important feature. Recognizing this, the revitalized cooperative focused its efforts on preserving and enhancing the characteristics of their region and its native oil. Passion for the land and the local area drives the members of Agraria Riva del Garda to produce quality products that distinguish their region, and to realize this wealth through diligent, sustainable practices. Coming from families with an agricultural mentality, who gain from the experience of the cooperative, their practices represent the concept of “new agriculture that must be sustainable both economically, environmentally, and above all, socially.”

Touting the characteristics of the precious Casaliva olive and their efforts to protect the variety, they worked to register their oils as a “unique and unmistakable” DOP Garda Trentino product. In order to maintain control of every step and adapt to the characteristics of their products, the cooperative invests in research and innovation. Some of this research relates directly to the Casaliva olive, as they hope to create “a sort of identity card that characterizes it, in a world where extra virgin is distinguished only by price.” While protecting the identity of the Casaliva and its nutritional and sensory characteristics, the research also strives to enhance its character: to increase polyphenols and make the taste even more profound. But the cooperative’s research efforts don’t end there. 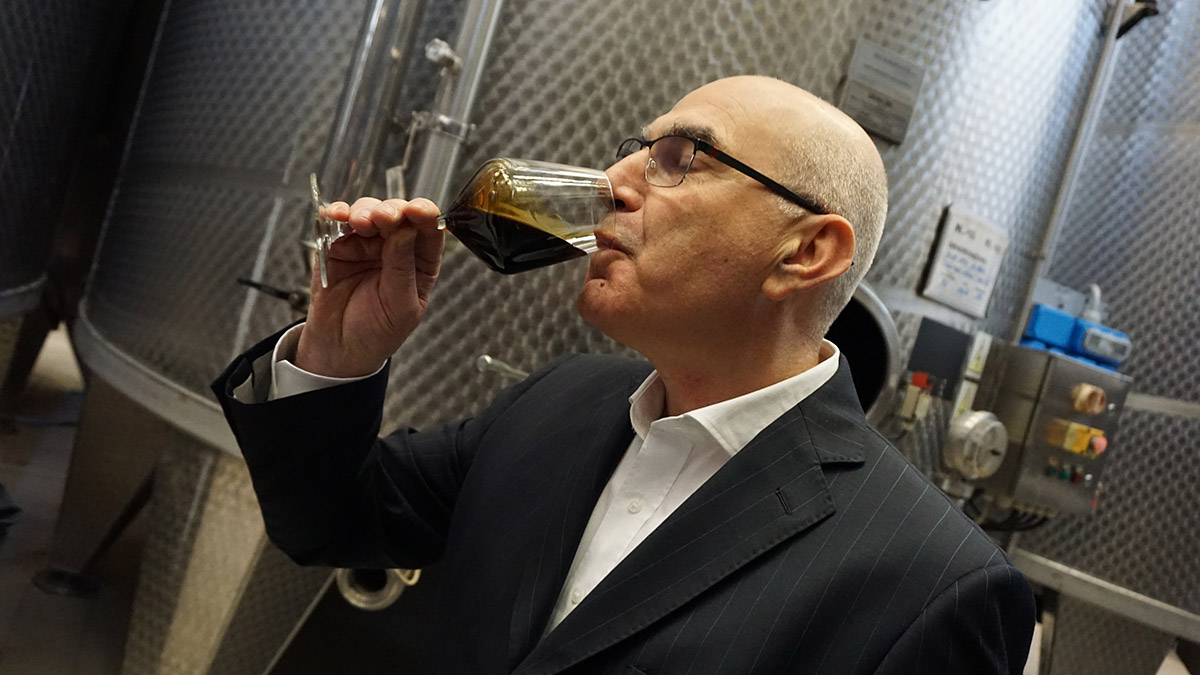 Based on a project successfully integrated into the co-op’s wine production, Agraria Riva del Garda developed the Uliva GIS (Geographic Information System) in collaboration with several regional research institutes and local scientists specializing in soil, geology, and geomorphology. The platform shares information between producers, with data on each estate, including its trees, soil, geology, and a satellite analysis. The scientists working with the cooperative interpret the data to determine the best practices for cultivation, irrigation, pest management, and harvest, with the goal of improving efficiency and quality of each estate. The platform allows growers participating in the initiative to view the analyses on their mobile phones, and the data collection makes traceability absolutely transparent, so customers can trace a product on every step of its journey from the tree to the bottle.

With ongoing research into the relationship between the Casaliva olive and the Alto Garda region, new goals continue to emerge. One project involves innovations on defending the trees and oil from the olive fly in an efficient, sustainable, and environmentally friendly process. The cooperative also seeks to better understand their unique cultivar by identifying the characteristics of the oils from this region, defining the manufacturing process, and optimizing the production via science-based methods in order to improve their processes and better understand and increase the market value of the oils. Perhaps most exciting for the community, the project marks a concrete step in preserving the area from abandonment of land cultivation, in part by using technology to encourage young people to undertake farming. 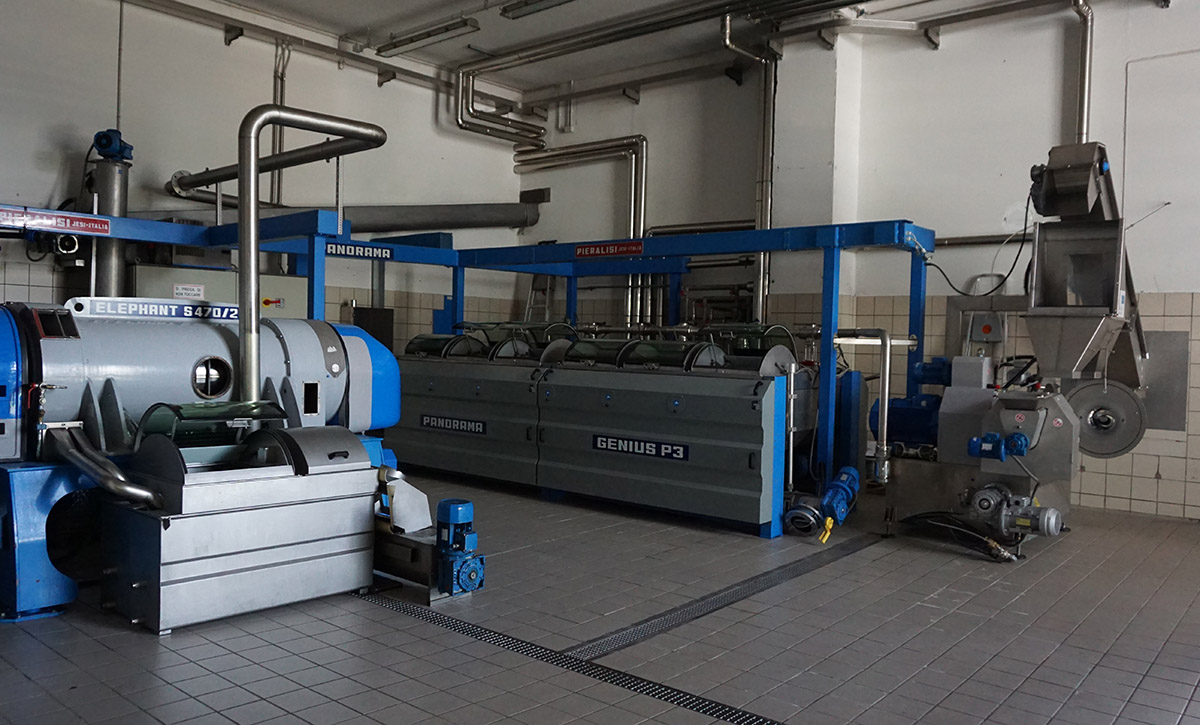 Agraria Riva del Garda uses cultivation methods curated by agronomists, who assist with fruit analysis and perform tests for maturation status. The experienced regional growers then adapt these methods to best suit their land. Though their olives may be harvested by hand, the cooperative operates some of the industry’s most advanced machinery to ensure the oil they produce is of the highest quality. The cooperative believes “that agronomic practices, the crusher operations, and the cultivars make the difference” in producing quality, good tasting extra virgin oils. With each farmer’s batch gets crushed at the mill individually, the co-op as a whole produces 120 tons of olive oil on average per year. They created their first DOP Garda Trentino oil in 1998, and in 2009 the mill was certified for organic production. “With DOP certification it is possible to retrieve the olive-growing farm, the harvesting day, the milling time, and any analysis performed until the day of packaging.” While the last 10 years have seen many improvements, from field management and assistance, to the olive press and analysis, Agraria Riva del Garda plans to keep investing in innovation, research, and the future of the cooperative.

Agraria Riva del Garda farmers control lands across more than 660 acres, with about 85,000 trees. Despite the unusual geography and weather patterns, the olive groves here have a long history, with many trees having origins dating back centuries. The oldest olive tree in the cooperative is more than 1,000 years old. In Alto Garda Trentino the main cultivar is the masterpiece, the Casaliva, accounting for 80% of the region’s olive production. Other olive varieties grown in the area include Frantoio, Leccino, and lesser known strains, such as Favarol. The olives must be harvested by hand or with hand tools, as “the structure and contour of the territory does not allow automatisms as in a flat land,” and are always picked when light green in color to produce very green, robust oils. 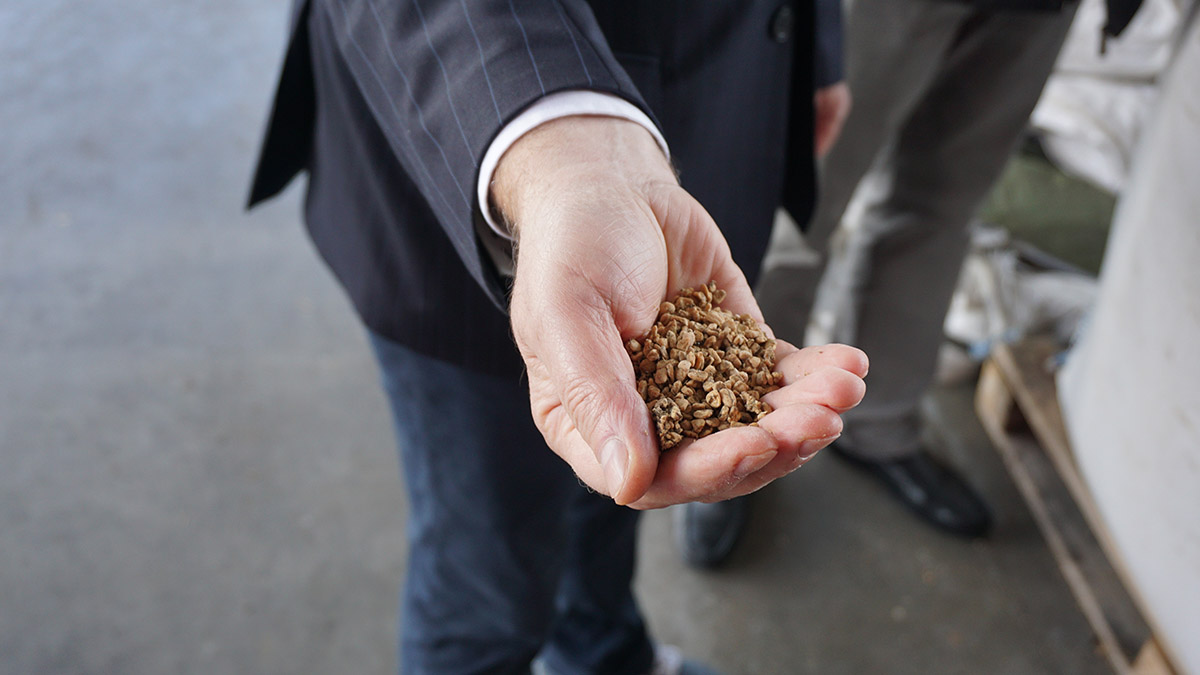 As a cooperative with deep ties to the community, the members feel a responsibility to perform their operations sustainably. One practice that reflects this commitment involves the by-products of the oil production. Any part of the olives not transformed into Extra Virgin Olive Oil gets reprocessed into reusable materials. One step involves separating the olive pits from the pomace, so the pits can be used for heating fuel and the cleaned pomace can be used as animal feed. The co-op notes that when “mixed with other feeds for cattle nutrition, the use of the pomace improves both the milk and meat, as it’s rich in antioxidants.” The water that separates from the oil via centrifuge also gets reused. This vegetation water goes through a filtration process to create other useful products: 80% becomes clean water that can be reused in production processes as washes; 5% turns into a thick olive residue that gets added to the pomace; the final 15% is a polyphenol concentrate, a relatively new product still being evaluated for many possible uses.

While Agraria Riva del Garda does not operate a formal agrotourism operation, the stunning vistas of the Alto Garda region make it a popular tourist destination. The cooperative runs the Store Rurale in Riva Del Garda, where they sell their oils, wines, and a huge variety of other regional products, from local meats to honey. Visitors can contact the store to arrange guided tours of the Frantoio (oil mill) and the wine-making facilities of the Cantina.